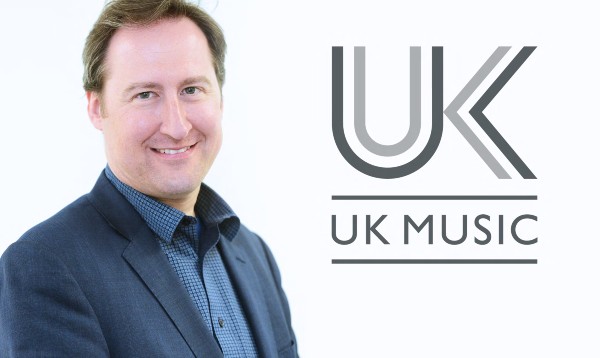 Did you know that the FAC sits on the UK Music board? Around that table, we work together with our Sister Orgs to represent artists' rights to Government. We highly recommend you read UK Music's Deputy CEO Mr Kiehl's letter to our Prime Minister, in which he urges the UK Government to protect music artists when 'getting Brexit done'.

In a letter to the Prime Minister, UK Music deputy CEO Tom Kiehl says: “We ask you to ensure that 2020 is the year that we ‘get Brexit done’ for music.”

Mr Kiehl urged the Government to move swiftly to secure a trade deal with the EU and copyright changes to ensure the continuing success of the music industry.

In his letter, he congratulated the PM on his election victory and said he hoped it would see the start of a period of stability to allow the Government to press ahead with important proposals such as a new music strategy.

As Parliament resumed after its Christmas break, Mr Kiehl welcomed the Government’s legislative commitments in the Queen’s Speech to extend business rate relief to grassroots music venues and an earlier announcement in the Conservative Party manifesto to introduce an arts premium in schools. However, he outlined two crucial areas where he urged the Government to move quickly to help the UK music industry build on the record £5.2 billion it contributed to the British economy in 2018 - figures revealed in UK Music’s Music By Numbers report UK Music’s Music By Numbers report UK Music’s Music By Numbers report, published in November. Mr Kiehl said that action was needed to implement the proposals contained in the EU Copyright Directive and to secure a future trade agreement with the EU to support overseas tours. Exports were worth £2.7 billion to the UK economy in 2018, according to the Music By Numbers report. He warned the PM: “The clock is ticking and it is vital to the future success of the world-leading UK music industry that the Government now makes rapid progress on securing a trade deal and copyright protections.”

On the issue of the Copyright Directive, Mr Kiehl said:

“Last year European Union institutions agreed the Copyright Directive. The Directive will improve the way creators and those that invest in them are financially rewarded for the use of music online. “The Government’s support for the Directive has been very welcome. Without the Directive, creators will continue to get a raw deal as a result of Google-owned YouTube currently paying creators significantly less than the real value to them.

“We support the need for a transitional phase once the UK leaves the EU at the end of January. However, given the Government’s intention not to extend transition beyond the end of the year there is a danger that it will not be possible to transpose the Copyright Directive within the two-year implementation period. “We ask the Government to guarantee that the core principles of the Directive are reflected in UK copyright law by the end of 2020. The Government must set out a road map outlining how it intends to take the Directive and its key proposals forward. Failure to deliver these vital changes would mean the UK is out of step with its largest music market.”

On the issue of securing a trade deal, Mr Kiehl said:

“To continue to build on this world leading success story artists and creators need to be able to tour internationally. This is however in jeopardy if a free trade agreement at the end of the Brexit transitional phase does not take into account the music industry’s needs.

“Leaving the European Union raises the possibility of UK touring artists’ continued ability to move freely without extra costs and bureaucracy. The loss of freedom of movement on goods will also see the introduction of an expensive and time-consuming carnet system for musical equipment.

“As part of discussions on a future free trade agreement with the EU, the Government must back plans for a single EU-wide live music “touring passport” to avoid burdensome new restrictions. Our future relationship with the European Union has historically been based on reciprocal cultural exchange and this needs to be secured by the end of the year.”