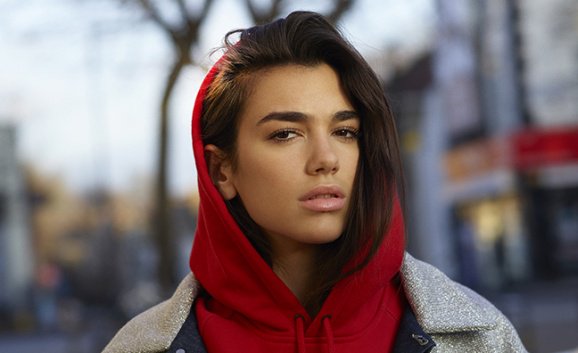 The event, which celebrates achievements in the UK’s artist and management community, takes place at the Bloomsbury Big Top on November 14th.

Releasing her debut Platinum-certified album last year through Warner Music, there is no doubt Dua Lipa became a bona fide global star in 2018 - accumulating billions of streams for her Transatlantic number one “New Rules”, selling 3 millions albums and an incredible 32 millions singles, winning two BRIT Awards and playing headline shows across the US, Europe and Asia. These included appearances at Reading Festival, Tomorrowland and Lollapolooza, as well as a performance before millions at the Champions League Final. Her music continues to override all boundaries of genre or nationality.

Continuing a series of universally-acclaimed collaborations, Dua also this year claimed her second UK number one single with Calvin Harris on “One Kiss” (the most weeks at number one for a female artist in the UK this century) and currently guests on the Silk City track “Electricity”. A true digital phenomenon, Dua has achieved Platinum-certified single sales in 17 countries, and for the majority of this year has been the number one streamed female globally.

Amongst these achievements, she even found time to curate and host a festival, the SunnyHill Festival, in her parents’ hometown of Pristina - with proceeds going to benefit the youth of Kosovo.

“Dua Lipa is a phenomenon. In just one year, from her debut album, she has become one of the world’s most-streamed artists, the first 5-time BRIT Award nominee (and double winner) and a global success. Equally impressive is how she defies pigeon-holing - moving seamlessly between pop playlists and the Reading festival crowd and from performing to philanthropy. Incredible achievements. The FAC is delighted to crown her our Artist of the Year.”

Also awarded at the A&MAs will be Closer Artists, who have successfully navigated two of 2018’s most anticipated “second album” campaigns for George Ezra and James Bay, alongside management for James Morrison, John Newman, Lily Moore and Michaela.

Establishing Closer in 2011, MD’s Paul McDonald and Ryan Lofthouse now oversee a team of eight and have developed a deserved reputation for fostering long-term global successes. Still a Top Ten mainstay over six months since release, Staying At Tamara’s has undoubtedly cemented George Ezra’s reputation as one of the UK’s most beloved singer-songwriters (and podcast hosts), with an almost seamless graduation to arena headliner. Meanwhile, James Bay’s bold reinvention with Electric Light has seen the Republic / Virgin EMI-signed singer continue to build an impressive international career - with a string of European festival appearances in 2018, support slots for the Rolling Stones, and 25 forthcoming dates in North America.

“We are absolutely delighted to recognise Paul, Ryan and the whole Closer team with the Best Manager Award. They’ve had an incredible year with George Ezra, who just goes from strength to strength, and they’ve also overseen another huge second album campaign for James Bay. I hope this win is seen as testament to their expertise at building lasting career successes.”

Alongside Deezer and YouTube Music, the A&MA’s are delighted to announce that SJM Concerts will be sponsoring the coveted Peter Grant Award For Lifetime Achievement, which will be presented to Modest! Management. Songtrust, the online music rights management platform, will sponsor the Writer/Producer Manager Businesses category.