This weekend, we hosted our first ever panel at The Great Escape. Imogen Heap was in lively discussion with Blur's Dave Rowntree, The Go! Team's Ninja, Everything Everything's Jeremy Pritchard, Elbow's Pete Turner and the Noisette's Shingai Shoniwa.

For those of you who couldn't be there, here are some of our highlights:

'You need a manager who cares about you as people.' - Shingai Shoniwa

'I played a trick on Guy after we got dropped for the first time, I pretended to be dead!' - Pete Turner

'What type of drunk someone is affects whether they make a good band mate.' - Ninja

'You can't overstate the importance of chemistry in musical relationships.' - Dave Rowntree

'Mobile phones and social media have made arguments in bands go on for longer.' - Shingai Shoniwa

'We're all passive aggressive in Blur, more bickering along the way might have made the band healthier.'     - Dave Rowntree

'Before making a record you have to realise that you could fair, and fail badly. It could be very embarrassing.' - Dave Rowntree

'You wanna have a good your manager. Someone who makes sure you have at least one hot meal a day.' - Shingai Shoniwa

'You get very attached to a tour manager. They are the glue that holds it all together.' - Ninja

'It's really hard to readjust after being on tour, especially when your high point is at 10pm when everyone around you goes to sleep. And your bed is not moving either!' - Jeremy Pritchard

'I went to the toilet in the middle of a show and got locked in, my tour manager had to kick the door down.' - Ninja

'In our band, we all got one sister. So we became each others brothers. For better or for worse.' - Dave Rowntree

'I once got in trouble for telling an Australian magazine that my family wouldn't be coming on tour with me as it would be cutting into valuable drinking time.' - Pete Turner

'It helps when other band members have a family also and want a similar quality of live.' - Shingai Shoniwa

'We're so lucky to not just make a living from this but to be around these people we love all the time. I do feel I am 'Pete from Elbow' - it's such a huge part of me.' - Pete Turner

'By default everybody [in the band] slides into different specialist areas.' - Jeremy Pritchard

'It's really important to have people that you trust on the business side. It's okay to not be that business savvy.' - Shingai Shoniwa

'I got interested in the business side when Blur got screwed over with our first album. That started my business career - I'm a solicitor now.' - Dave Rowntree

'Ego tends to come from high expectations. When you're starting out you need to drop your expectations all the way down.' - Ninja

Were you there? Send us your highlights for a chance to be featured: info@thefac.org 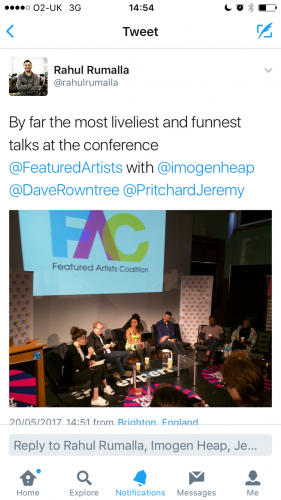 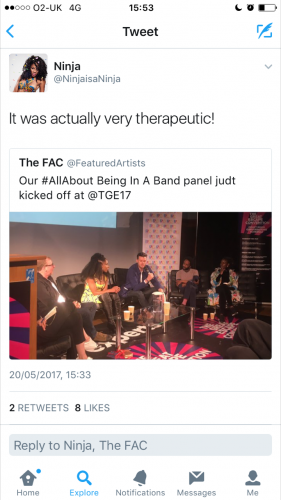 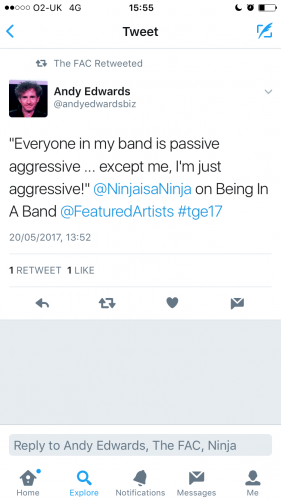 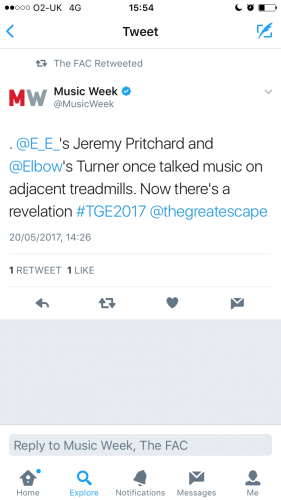 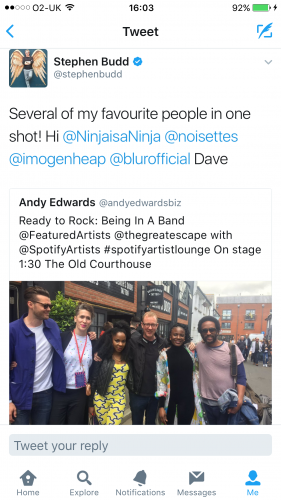 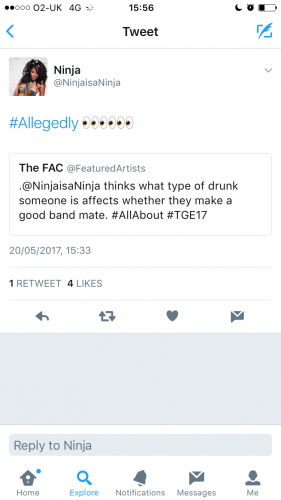